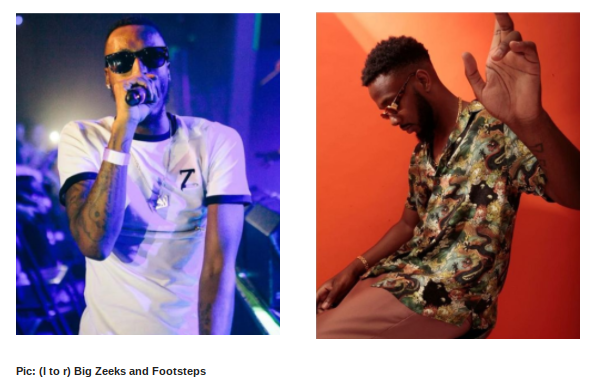 As Caribbean and African culture continues to be embedded in mainstream music, Dancehall and Afrobeat continue to influence many prominent artists with it's infectious beat and melodies. For recording artist Footsteps, the latter perfectly falls into with his music philosophy of "feel good music".

From blazing the international airwaves on such stations as BBC 1Xtra to spurring a sexy Virtual Challenge, Footsteps has teamed up with another UK dancehall artist Big Zeeks on one of summer 2020 "IT" bound track "Bad Breed (Afro/Caro)"!

"She wanna know if I'm Afro or Caro", asks the fusion single whose lyrics are based on a true story of a culturally stereotypical mother not liking her daughter dating a Jamaican man because she heard "they are bad news". It's about poking fun at fact that we are not different. "This song showcases AFROCARIBBEAN as one, a play on words that looks as though it’s two separate entities but really it's one, overall culture." explains Footsteps

Along with streaming the bubbling "Bad Breed (Afro/Caro)" track on your favorite platform, music lovers can sing along to a lyric video, while a fun, playful official video  with a comedic look on the whole African vs Caribbean debate will soon be released.

Although some physical borders might be closed because of covid-19, music knows no boundaries, “The Only Thing That Separates us is the Ocean” - Footsteps