On Saturday 5th March White Men Can't Jerk + Rompa's Reggae Shack present the Launch of 'Concrete Roots', a new branch of Concrete PR based in London, at the Magic Roundabout on Old Street, London sponsored by Wray & Nephews Overproof Rum. Concrete Roots is a brand new service offered by Concrete PR consisting of James Rompani (Rompas Reggae Shack) and Liam Monaghan (Reggae Roots & Bass), which specialises in the promotion of UK & European Reggae events and festivals, as well as Single and Album promotion. Services also include Artist Management as well as consultation and talent booking.
At a time when Reggae music alongside Caribbean influenced and inspired music is hitting the charts and is a force to be reckoned within the industry, Concrete Roots has been set up to aid and push new music inc. Singles and Albums to the masses as well as Radio Promotion, Radio plugging, Dubplates, Event Listings, Sound System Hire, Talent Booking, Dedicated London & UK Mailing Lists. Concrete Roots is an extension of PR services offered by Concrete PR. 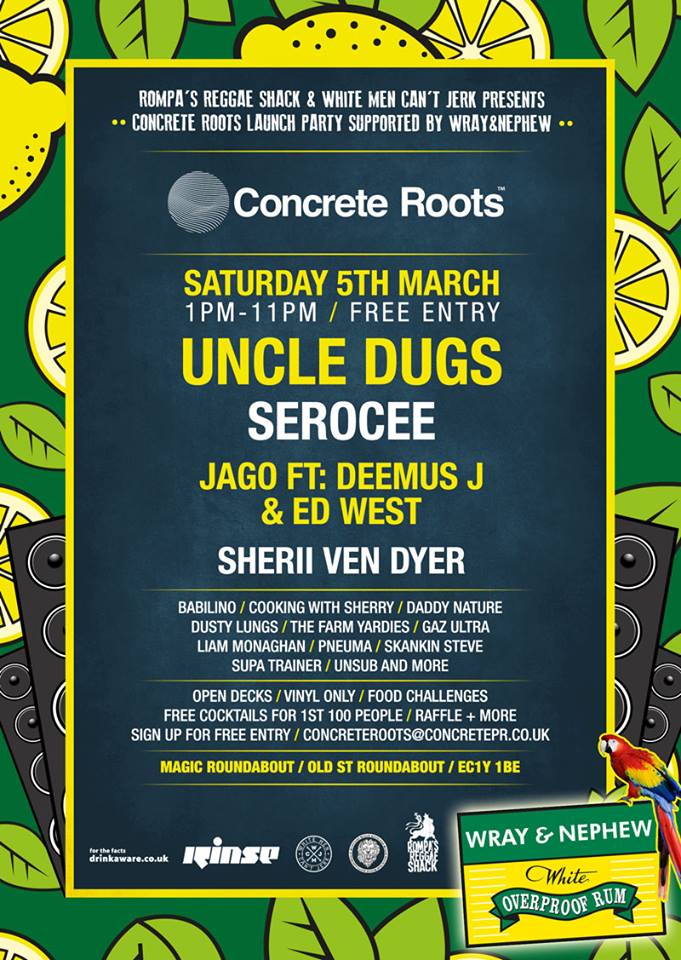 Special Guests and Artists
The 5th of March 2016 is set to showcase some of the finest Reggae/Dancehall selectors alongside live performances with a Ragga-Jungle headline set from Uncle Dugs (RinseFM). Selectors and DJ's on the day include Serocee (Rumnbass), Daddy Nature (Rompas Reggae Shack), Dusty Lungs, The Farm Yardies, Gaz Ultra, Liam Monaghan (Reggae Roots & Bass), Pneuma, Skankin Steve, Supa Trainer, Unsub alongside performances from Sherri Ven Dyer and Jago Ft: Deemus J and Ed West. An open deck policy is in place where Artists/DJs can apply to play on the day via a link on the Facebook event page. 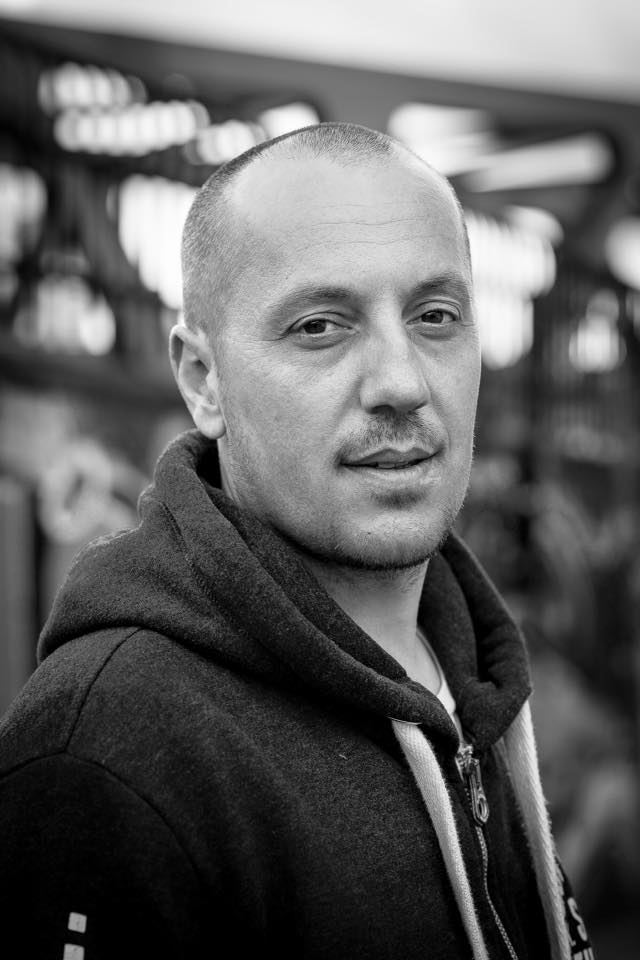 We'll be celebrating the launch of 'Microphones & Sofas' the debut album from London's very own Jago. The album is set to drop on 19th February on Sound system culture platform Sharp And Ready belonging to Tru Thoughts. The album features collaborations with fellow members of the Sharp And Ready (and Unit 137) Family including RTKal, Ed West, Hylu, Ghost Writerz, Galak Spiritual and Bahia and many more. The album spotlights some of the most progressive and talented MC's & producers working in the current UK Dub, Reggae and Dancehall scene. The album is a fine concoction of modern day Reggae with the clear infusions of bass driven Caribbean vibes. 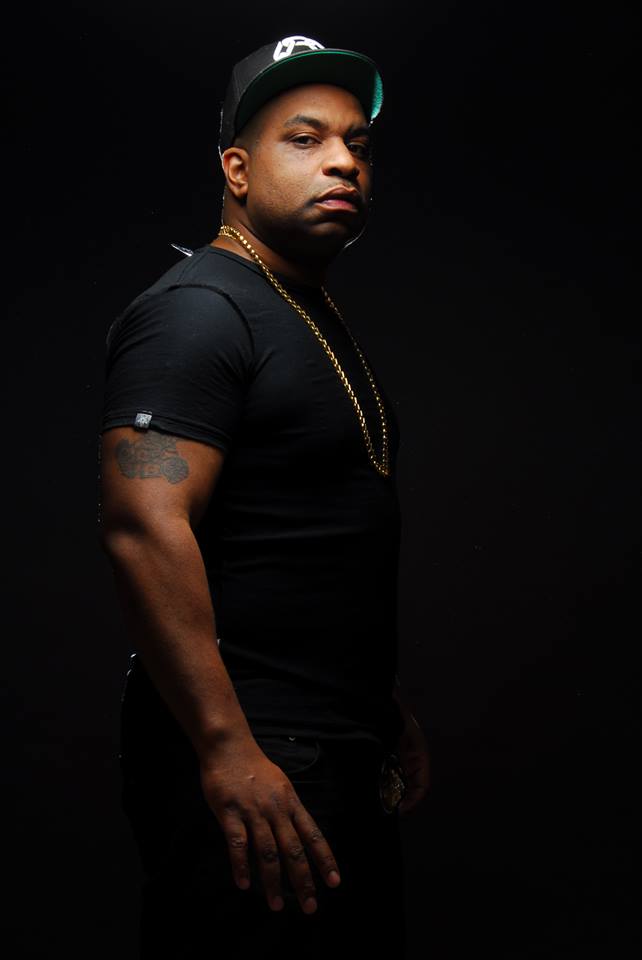 The event is FREE ENTRY and there are free Wray & Nephew Rum cocktails for the 1st 100 people on the day. White Men Can't Jerk will be hosting a range of mouth watering food, WMCJ began life as a monthly party and cook out in 2012; Since then WMCJ has grown into a successful street food vendor, event caterer and private catering company and have worked with people such as London Warehouse Events, Regulate, ASOS, Boxfresh, Hackney Empire and Basement Jaxx. Food can only be described as a love of all things Caribbean, with a twist. Think Curried Mutton Shepherd’s Pie with a sweet potato mash topping, Red Stripe poached Fried Chicken Wings, and signature Jerk Chicken cooked on our custom made smoking grill, Tallulah. Looking after the herbivores, we have Jerk Bean Burgers, Jerk Halloumi and Tobago Casserole. 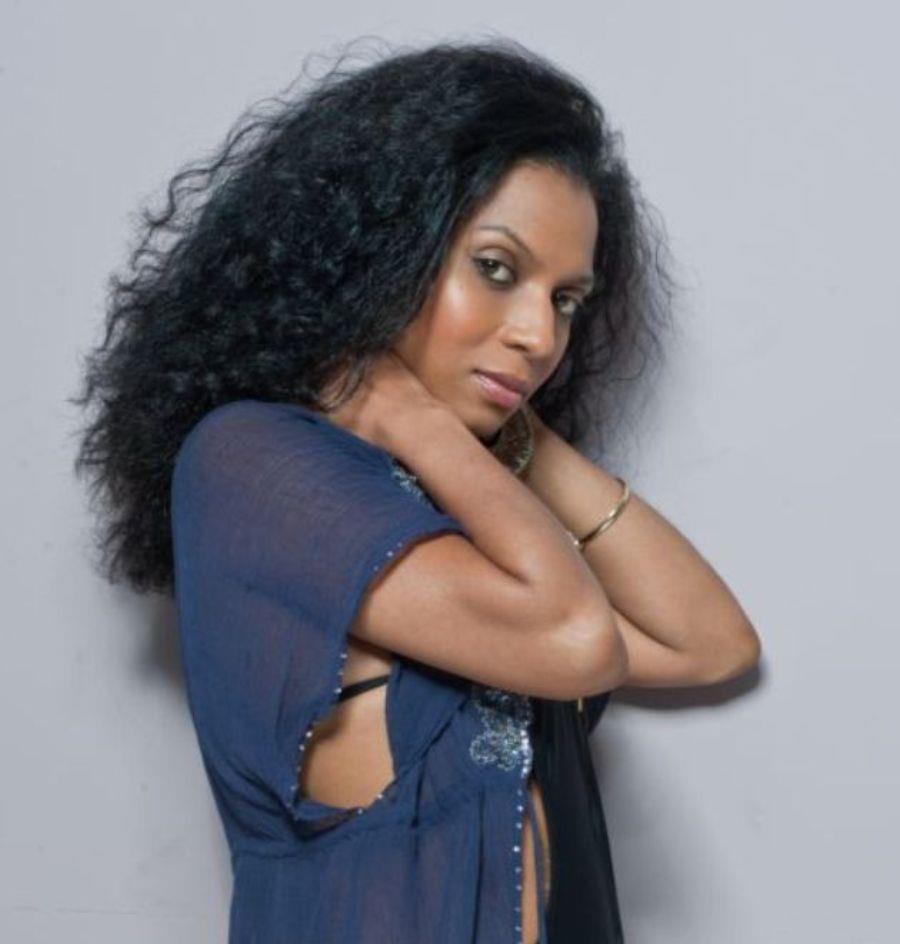 White Men Can't Jerk
Food challenges will testing the tastebuds of those who dare to tackle them, including 'The Hellfire Hot Wing Challenge' where Contestants will have to devour their way through a bowl of wings drenched in our Duppy Killer Hot Sauce. Made from some of the hottest chillies in the world; Carolina Reapers, Ghost Peppers, Trinidad ScorpionsScotch Bonnets and Naga Viper chillies as quickly as possible. The Speed Eating Challenge: This challenge is strictly for those who’s eyes are as big as their bellies!  Bring the stretchy pants, starve yourself all day, inhale them whole, whatever your technique you will need to bring your A game to this one. This one is simple we give you a mountain of wings, the first person to finish them all wins. You'll be tucking into our beloved Wing Ting wings, brined in Redstripe given a hug in a crispy coating and the drizzled in our special honey and spice glaze. 'The Big One' This one isn’t about stuffing your face as quickly as you can, it’s about taking the tortoises approach and pacing yourself. Contestants will be given an absolute feast that will see them make their way through the whole WMCJ menu and beyond. The last man, woman or beast standing will win.  The first competition will begin at 8pm and the second one at 9pm. We'll have DJ's throughout the night and plenty of good grub on offer.
Event: https://www.facebook.com/events/1743801735839195/
Website: http://www.concretepr.co.uk/
Email: info@concretepr.co.ukTel: (+44) 020 7097 8500Mobile: (+44) 07500 33 53 73 / (+44) 07931 64 19 85