Where can one go on a week night in Los Angeles to dance, be surrounded by positive vibes and experience a diverse musical wonderland under one roof? To the world famous DUB CLUB at Echoplex on Wednesday nights...that's where! This weekly event, long established as one of the best places to take in reggae music's top performers from around the world and hear your favorite tracks on vinyl, offered an extra special treat this past week (as one of LA Weekly's top Pick of the Week) with the 7th Annual Reggae Meets Africa Night ~ an evening featuring live performers representing Africa to Jamaica, as well as sets from resident DJ/Producer Tom Chasteen and guest DJ Boss Harmony. 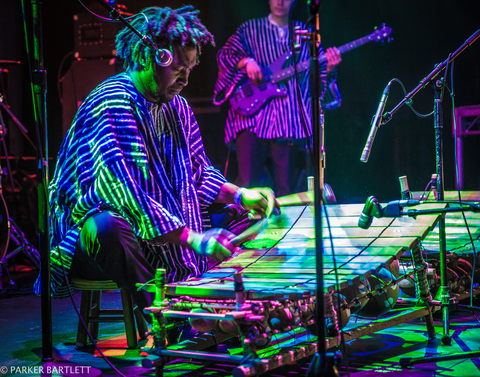 Hosted by DJ/MC and community favorite, Junor Francis, the evening opened with a set from xylophone Master SK Kakaraba and his band. The marimbaphone instrument he plays, called a gyil, is handmade from a rare wood found in his native Ghana. It is dried and carved into slats (14 "keys" per gyil) which are then suspended and tied together over a foundation of calabash gourds to create a magical sound (with almost a 3-octave range) when hit by two wooden mallets. To listen to this gifted man and his talented band is an experience indeed. The audience was in a trance with every song and this dynamic group left the stage with the massive yelling for more. We were graciously rewarded with a great encore! I highly recommend seeking out the next performance in your area by this master musician! 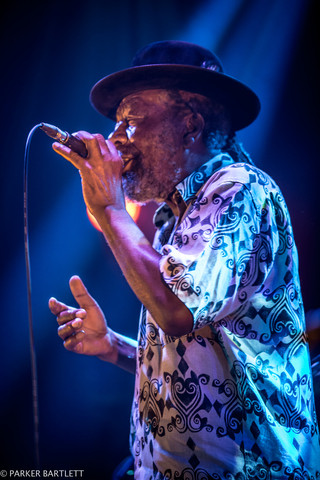 As bassist extraordinaire Fully Fullwood and his band took the stage (featuring two other original Soul Syndicate members, Tony Chin on guitar and Santa Davis on drums), you could feel the energy in the room shift in preparation for the blessing we were about to receive. After much anticipation (as he has not performed in the area in over a year), out walked "Daddy" U-Roy, a master of a totally different kind. As one of the greatest vocalists and DJs out of Jamaica, U-Roy is the epitome of a reggae legend. Wearing his signature hat and with the pure swagger of an icon, he proceeded to take us down memory lane, "toasting" his way through a stream of classic hits straight out of Jamaica in the 60s and 70s , including "Natty Rebel", "Chalice in the Palace (Queen Majesty)", "Jah Jah Call You", "Wear You to the Ball", and "Just Another Girl". Sharing his strong vocal talents alongside U-Roy was Richie Kanary (Richard Robinson), who provided a consistent, strong and equally sweet vocal platform for The Originator to do his thing. Standing firm at 73 years young and sounding better than ever, U-Roy had the Dub Club crowd swaying until the last note, reminding us all that if not for him their would be no rap or hip hop music. To hear this music played by this particular group of legendary musicians is beyond a joy for reggae fans and almost indescribable. We all walk away from a show like this a lot better than when we came in. The musical offerings throughout the evening provided an "upliftment" to sustain us until the next time we gather at the Dub Club ~ week after week on a Wednesday night. Come and experience it for yourself! We hope to see your face in the place! 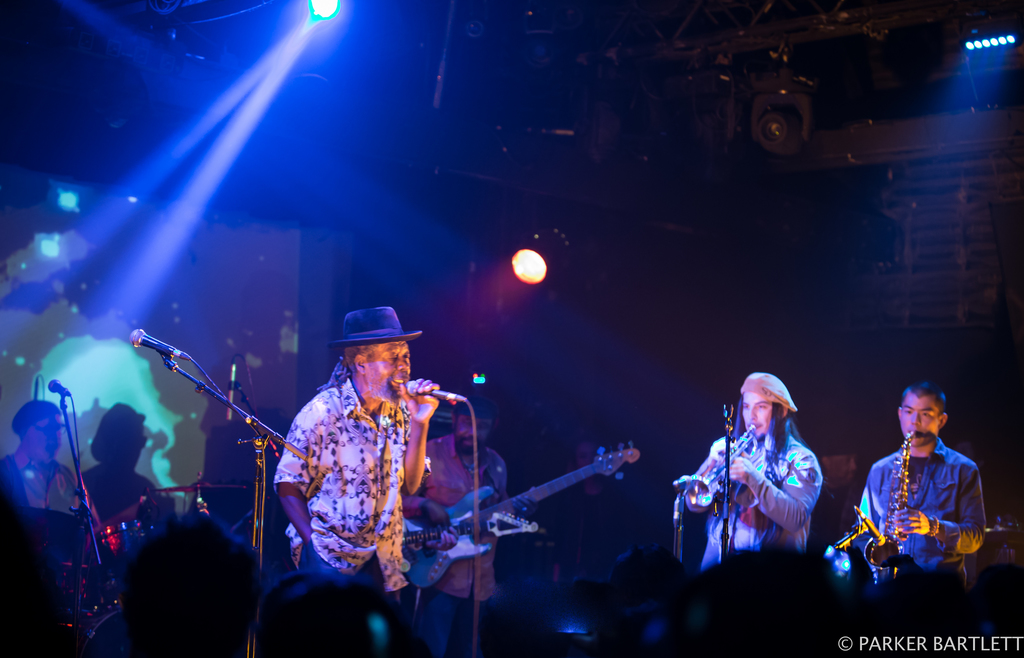 The Dub Club at Echoplex is located at 1154 Glendale Blvd. in Los Angeles.
Website: http://www.dubclubla.com

For more photos from this and other shows, go to my Instagram: https://www.instagram.com/solseastar/