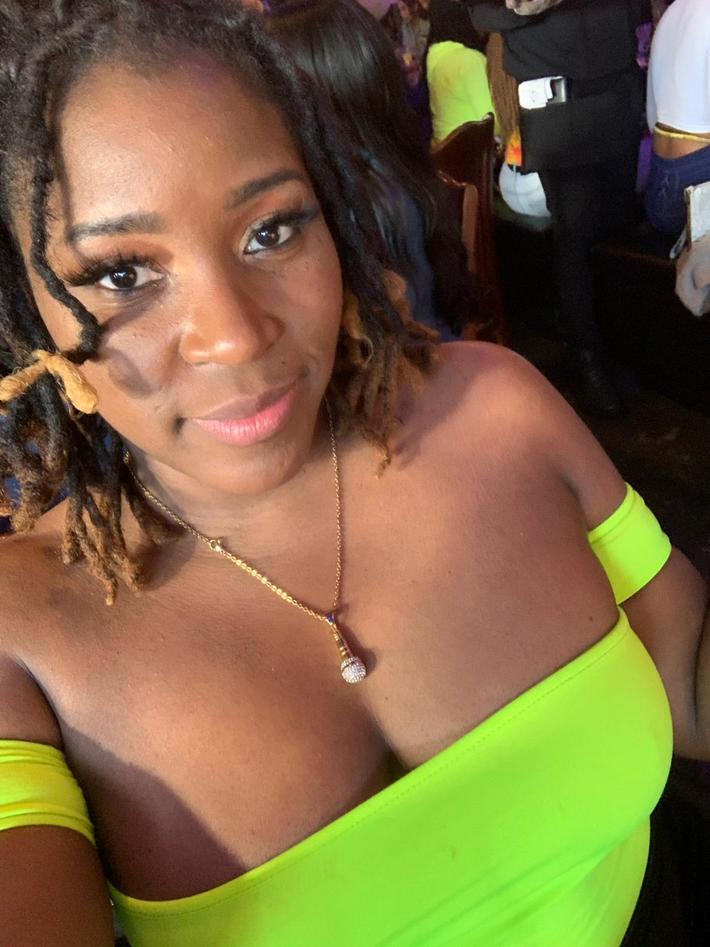 An amazing cast of Caribbean influencers in Atlanta appear in the “Carib Life ATL” reality TV series, including the lovely St. Lucian starlet Annie Love. The budding Soca and Dancehall artist is featured as a primary cast member on the show, which airs on One Caribbean Television.

One can catch Annie Love up-close-and-personal with Dancehall’s First Lady D’Angel during “The Weekly Recap” on @dangelmusic IG. Certainly a must watch, as the bubbly personality recounts exciting moments of “Carib Life ATL” episode 5 and gets to know viewers.

Annie Love, who migrated to the U.S. as a teen, currently resides in Atlanta, Georgia. The burgeoning talent gives all a look into her life on “Carib Life ATL.”

“I am working extremely hard,” says Annie Love. “Fans see me striving for exposure and growth of my music career on ‘Carib Life ATL’…..many can relate to my grind.”

But that’s not all that fans see on “Carib Life ATL” of Annie Love, as she is also host of the “Wild Wednesday” radio program. And naturally, Annie Love is a carnival enthusiast. Most importantly, however, viewers get to see Annie Love’s vibrant Caribbean family life, which genuinely unfolds in Season 2, which is due late spring.

Annie Love’s passion for Caribbean culture shines through her role on “Carib Life ATL.” The starlet indicates that she maintains ties to her island through her family and friends back home, music and continual display of cultural pride. Moreover, Annie Love is heavily involved in an Atlanta based St. Lucia association, which has events throughout the year.

With a love of music that spawns from childhood (even placing 3rd in a secondary school calypso competition), Annie Love decided to pursue music professionally after the life changing passing of her uncle. She released her first song “Ready for Mass” in 2016 and has since gained a huge buzz for follow up releases. Her current single is “My Man.”

“Carib Life ATL” hails from Executive Producer Damon “Bware” Vanzant! Following in the footsteps of his mother, literary giant and TV star Iyanla Vanzant, Damon Vanzant has proudly ventured into the world of reality TV.  Vanzant has eyes set on launching an app and expanding to several other markets, including Jamaica. For now, you can catch an encore of his “Carib Life” Season 1 on One Caribbean Television.