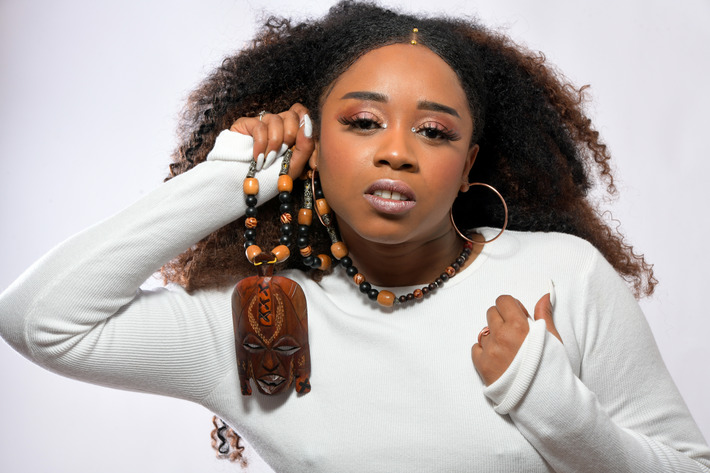 The summer is right around the corner and Switzerland-based recording artiste Samora has released her 13-track album entitled ‘Chameleon’ ahead of her European Tour. The album features songs about ‘love’, ‘sex’, ‘heartbreak’, and ‘motivation’ with fusions of reggae, contemporary R&B, pop, dancehall, and afro-beat. The album produced by Samora, Res Staudenmann and Kiro MusicMaker delivers ‘a little bit of everything’.

Samora’s choice to name her album ‘Chameleon’ symbolizes adaptability and change. She said, “I chose the title Chameleon because it’s versatile and colourful when it comes to the music and the sound. I didn’t particularly focus on a theme, so it just gives you this freedom in word and

listening”. The Suriname-Dutch artiste also opted to include Jamaican reggae artistes on tracks such as ‘All the Way’ with Anthony B and ‘Please Be Mine’ with Turbulence. Other collaborations included in the album are: ‘Let Them Go’ featuring Jah Mason; ‘My Way’ featuring Dr. Ring Ding; ‘Too Bad’ featuring Tuffarapha; ‘Take It Easy’ featuring Guillaume Hoarau; and ‘Reggae I’m in Love’ featuring La Tifa.

We taking over and you know

We nah play we come fi

Show your curves off, you’re clean, you nah smell – nah”.

Samora’s catalogue includes songs that range from catchy and pumping Reggae tunes to fiery Dancehall- and Afrobeat tracks. She charms her audience with her fresh and appealing style and captivates the crowd with her powerful sound. Samora is praised for her strong stage presence as she is an extremely attractive live act. She is known for singles such as ‘What You Came For’ with reggae recording artiste Lutan Fyah; ‘Jah Inna Mi Life’, ‘When I Say So’, ‘Precious’, and ‘Fake’.

The album ‘Chameleon’ is distributed through Hapilos and is available on all major digital music platforms.