So the amazingly talented Hawaiian Reggae Group finally blessed our shores with their harmonic tunes and mellow melodies!

We caught up with the guyz whilst on their Sydney Tour at Selina’s Coogee Bay Hotel as they graced the stage with their amazing vocal Talent and left Sydney with a show to remember!

Rebel Souljahz released their debut CD, Nothing To Hide in early 2008 and it hit the music scene like a hurricane. The CD spent 50+ weeks on Billboard magazine’s Top Reggae Albums chart, was named by

Billboard as the eighth best selling reggae album of 2008 and named Rebel Souljahz number seven Reggae artist of that year.The album also won the much coveted and respected Reggae Album of the Year award at Hawaii’s Na Hoku Hanohano Awards in 2009.

Check out MissTez Inc's snaps shot by LadyShae photography & the exclusive interview with the guyz hosted by the gorgeous Lisa V and shot by Nikki Adams & Terri Smith. 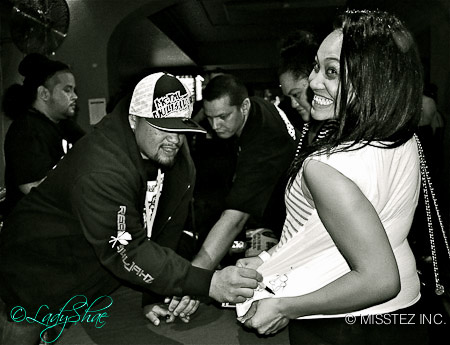 Special thanks to DJ Ara & Reggae By Nature.

To see the full coverage and all pics of the event please check out The Official MissTez Inc. Website here: http://www.misstez.com