Longevity and consistency are what defines icons. Morgan Heritage are a true testament of the latter as the band celebrates over two decades in the music business in a series of many music celebrations to come. The multi-GRAMMY luminaries have delivered a musical gift with the re-release of their Family & Friends Vol.1 with an added bonus track of a live performance in Milan, Italy.

On their steadfast journey, the culturally driven family band Morgan Heritage have bridged continents and styles of Reggae with their stellar albums and productions such as the ones featured on the Family & Friends, Vol.1 compilation. Produced by Morgan Heritage, and executive produced by The Royal Family of Reggae's patriarch, Denroy Morgan, Family & Friends are a must have compilation for the reggae connoisseur and avid music lovers worldwide. As each track is as relevant today as when first penned.

The compilation featuring legendary GRAMMY winning Toots Hibbert, GRAMMY nominated Jah Cure and Reggae superstar Capleton among others, is befitting as Morgan Heritage candidly explains that each artist featured on the album has contributed to their journey. "Although it's been 20 years, it feels like yesterday. It started from our brother Laza (of the popular LMS group) and his band partner Shy-Poo working on a track that used a sample of the horn line in our dad's record “No Secret”. The 3 of us had been dabbling in production as a little team sort to speak," explains Mojo, "so I joined in and tightened it up the beat a bit. Then Gramps and Peetah heard it, and the rest was history as they say. This was around the time after we released our albums “Protect Us Jah” and “One Calling”, and we were inspired to bring back live riddims. We learned a lot at the time as we honed in on our production skills in Jamaica at renowned King Jammys and Bobby Digital studios." recalled Mojo. "We started reaching out to friends, as we were just building and forging relationships with other artists such as Capleton who was there for us by bringing artists from his David House crew to lend their voices. Dad also got us some star power with our late great Uncle Toots (Toots Hibbert), so this was an exciting time. It was an era when you had to get creative as riddims sometimes had 15 or 20 artists on it. So to stand out, you had to write great songs with catchy melodies that fans could sing along with." 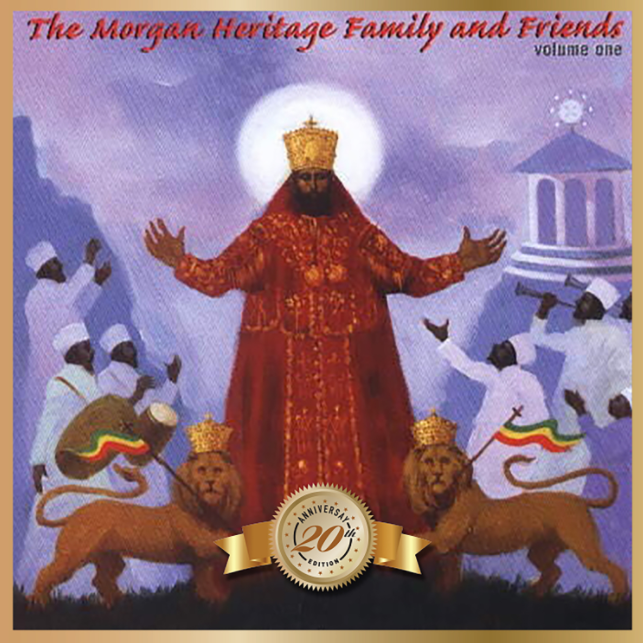