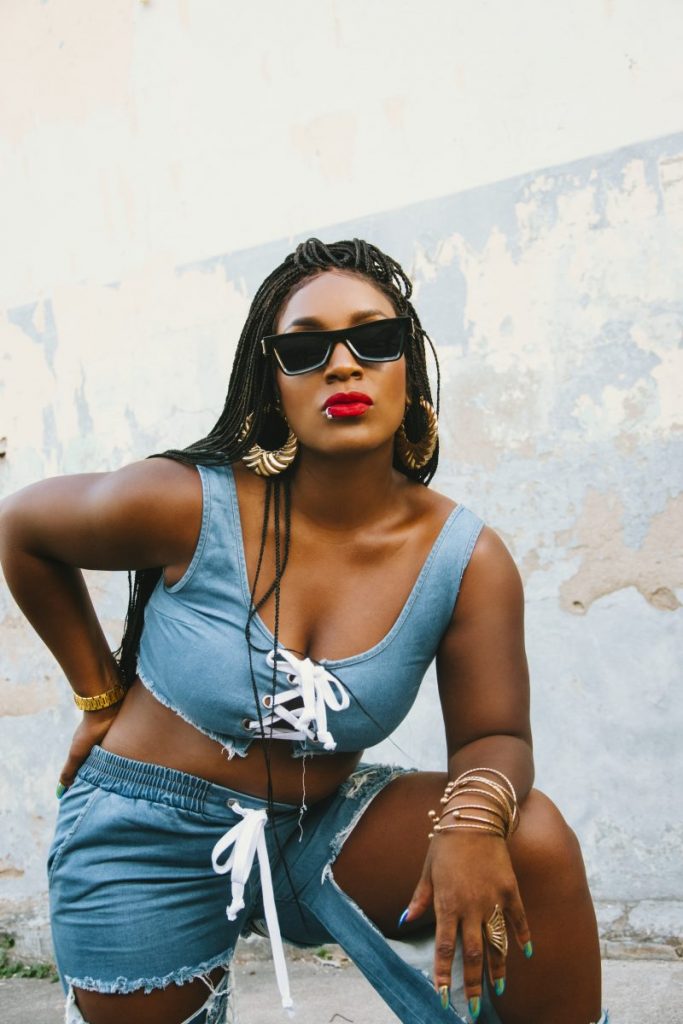 Grammy-Award Winning songwriter, Carla Marie, recently had one of her songs selected by the International Olympics Committee (IOC) to feature as a special global highlight for the Tokyo 2020 Olympics.

The song titled ‘Hope’, is a collaboration with platinum-selling, BRIT - nominated Drum, and bass DJ/producers Sigma, Carla says “it reminds her of when I wrote freedom for Beyonce, its really a gospel anthem, a cry of hope a cry of change’.

The single was used in conjunction with the official Tokyo 2020 Olympics highlight reel, aired at the Olympic Games closing ceremony Sunday, August 8, 2021 and published on the IOC official website. The song will also play a part in celebration of the 2021 Paralympics.

Carla has written for some of the biggest names worldwide. Penning hits such as ‘Freedom’ on Beyonce’s two-time Grammy-Award winning ‘Lemonade’ album, ‘Runnin’ with Beyonce and Naughty Boy, she has also written for other acts like Sean Paul, Craig David, Becky G, Paloma Faith, Rudimental and Britney Spears.

Carla, whose parents hail from Trelawny and Manchester in Jamaica, says seeing the Jamaican women win first, second and third place at the Olympics & at the Eugene Diamond League, reinforces that “anything is possible”. Speaking about  the  single,  Carla  says, “We  have  shot  a  video  for  the  song  in  Jamaica  with creative director Lindsay Lodenquai, which I’m hoping will be out soon. For me, 'Hope' should have no colour, no gender, no limits, all you need is a little bit of ‘Hope’!”

Carla was also a guest judge on X Factor in 2019, alongside the likes of Simon Cowell, Nicole Scherzinger, Naughty Boy, Leona Lewis, and Ella Eyre. She also debuted as a radio presenter, hosting the ‘Music Life’ podcast series on the BBC World Service.

In recent times Carla has been residing in Kingston, turning heads within Jamaica’s music industry, with her unique talents and her ability to sing, write, and produce greatness. Much of Carla’s attention has been focused on supporting the culture and in particular female artistes. Carla, who has been putting in the work at Beres Hammond’s H&H studio with producer The Wizard, is looking forward to presenting their works soon.

Recognized as a respected visionary, changemaker and mentor, Carla has championed opportunities, equality, and diversity for women in music and creative industries through her movement ‘Girls I Rate’, which she launched in the U.K. in 2016. It boasts of over 5000 female creatives.

For 2021/22, Carla continues to further her mission and launched GIR Caribbean with the HQ in Jamaica. She has already garnered support from respected music artistes and music executives such as Beenie Man, CeCile,  Naomi Cowan, DJ Sparks, Tessellated, Sharon Burke, and many others. “I’ve met so many talented and amazing people whilst living in Jamaica, I feel it’s time to really reconnect the U.K. diaspora to give Jamaica its flowers. I believe with the right opportunities anything is possible.”

Carla Marie is currently on the promotional trail for the new single in the United Kingdom, Europe, and the Caribbean and is set to release the video for that single in mid – September.